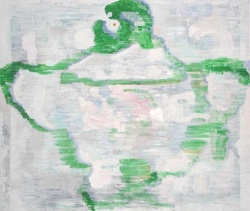 
This painting has something.
I started calling it THE CURSED ONE, after a couple of events.
First time during an exhibition it somehow managed to get a tag.
For a second attack it appeared under a shower of rust from some old radiator. 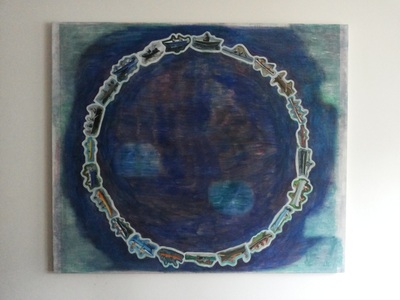 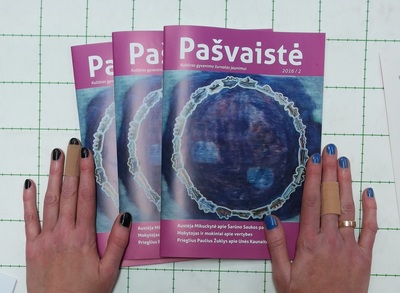 But the Curse goes on, it seems never ending... :D 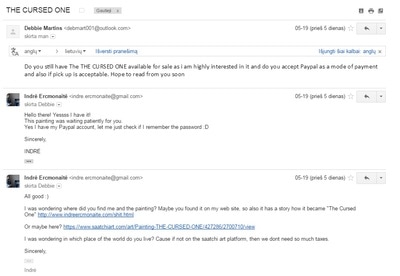 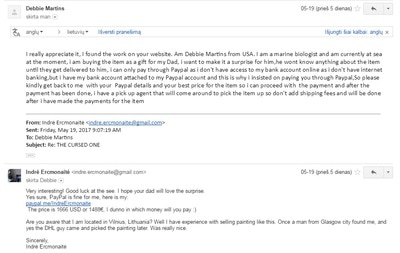 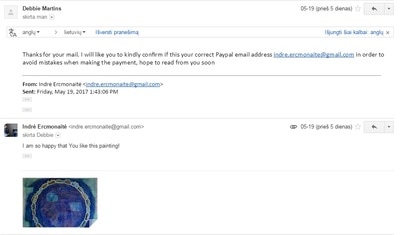 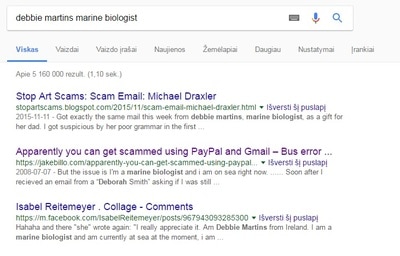 ​
This case is more complicated:


WHILE YOU'RE GONE FOR 15 MINUTES

It's an old story.. but it's MY story!!! And That is NOT me standing in front of MY painting!!!
In 2007 This photo was published in a daily newspaper "15min".  On the front page!!
Without any permission. . It was a quite unexpected thing for a morning.  M there you can see a journalist pretending to paint (Notice HOW she handles the brush) and in the other hand she has a cigarette. Though for me personally is not comfortable to paint with the right hand and to smoke with the left hand at once... never mind. 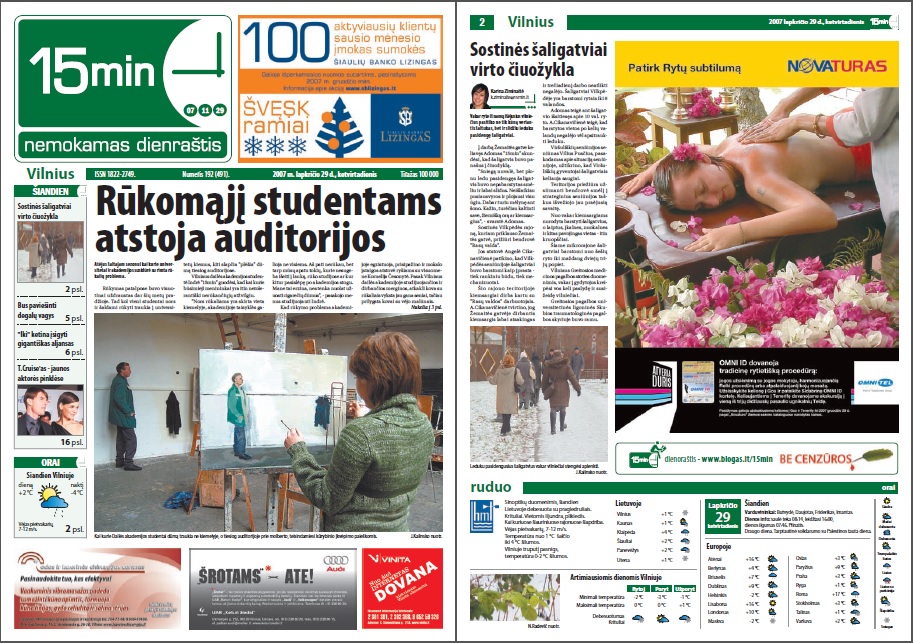 The Title says:
"Auditorium for students works as a smoking area"
And under the image it says that "Students smoke right at the easel instead of going outside, as they say it helps with creativity and inspiration".
Well this is pretty creepy anyway. While I was gone for a smoke outside.. :..
Powered by